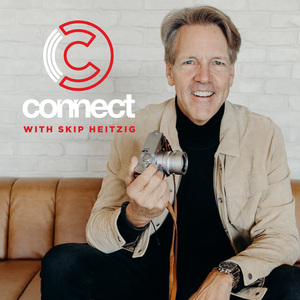 Rise and Shine! - Part B

Rise and Shine! - Part B

One day, Jesus will call believers to rise. As Skip wraps up the message "Rise and Shine!" he answers these questions: Why is the resurrection necessary? And what will our resurrected bodies be like?

This teaching is from the series From the Edge of Eternity.

Just Counting Time or Making Time Count?
Connect with Skip Heitzig
Skip Heitzig
Important Note: These transcriptions are generated automatically and aren't perfect. We have generated them and made them available to aid in search and accessibility to the shows on our network. While we are constantly working to improve the technology and accuracy, we can't respond to requests to fix errors at this time.

Jesus rose from the dead. That doesn't mean once a year we get to talk about resurrection.

It means that resurrection was just the first fruits where the rest of the harvest Easter time is not just a one time event.

Resurrection is central to the Christian faith. And today on Connect with Skip Hightech, Skip dives into the significance of Jesus resurrection and how it paves the way for your own good first. Skip wants to invite you to connect with him on social media.

Thanks, Skip. From cover to cover the Bible proclaims Scott's radical love for you. And we want to declare that powerful message all around the world. So please give. Now to help keep these teachings he'd love on the air and make it possible for more people to experience thoughts. Life changing love. Come now to give 892 1888. That's 892 1888. Or visit. Connect with skip. Dot com slash donate. That's connect with Skip dot com slash donate. Thank you.

Now we're in First Corinthians, chapter fifteen. As we dove into our study with Skip Hightech.

The resurrection of Christ isn't just a past event. An isolated event. No.

And here's the bad news. You have 24 hours to live.

24 hours to live, doc, that's not enough time to even get my affairs in order. What could possibly be worse than that? And the doctor said I was supposed to tell you yesterday, but I forgot.

That would be worse.

I would be worse. It's appointed four men to die once and after this comes the judgment.

Resurrection is a respecter of persons and how you live and how you choose today to live, to determine how you die when you are resurrected and where you spend time and that resurrected state.

That's the eternal truth of the gospel. The same message.

That wraps up Skip Hydrox message from the series From the Edge of Eternity. Right now we want to share but an exciting resource that takes you on an interesting journey and gives you insight into Middle East affairs.

Here's Skip with Joel Rosenberg to talk about this month's offer. Joel's book, The Jerusalem Assassin.

When Joel Rosenberg releases a new book, I can't wait to read it. He never disappoints. Recently, I was able to talk with Joel about this book from his home in Jerusalem.

It's about an American president who's about to roll out his Middle East peace plan. Joel Rosenberg's novels are dramatic stories ripped from the reality of today's headlines. Wow. A Saudi Israeli peace plan. That would be huge. That would be historic. Let's do it. Let's do a summit in Jerusalem. That's the setup of the Jerusalem assassin. What's amazing about that is this is a plausible scenario.

The Jerusalem Assassin by Joel Rosenberg is our special offer this month. Your hard cover copy of The Jerusalem Assassin is our thank you gift. When you get thirty five dollars or more today to help expand this vital teaching outreach with Skip Heintz, it. So call now to get your copy eight hundred nine to two eighteen eighty eight or give online securely connect with Skip dot com slash offer.

I hope you will order your copy of The Jerusalem Assassin by Joel Rosenberg. You'll get a behind the scenes look at global events and you will be supporting our media ministry.

A lot of people have questions when it comes to the future and the Bible gives you the answers and assurances you need to find peace in Christ no matter what you're facing. That's why we want to invite you to help share God's word with more people around the world through your gift today to keep this broadcast going strong.

Tune in tomorrow as Skip high tech hopes you gain an eternal perspective on how to view and care for you by making. Connect with Skip Heitziged is a presentation of connection communications connecting you two guards and ever changing truth in ever changing times.